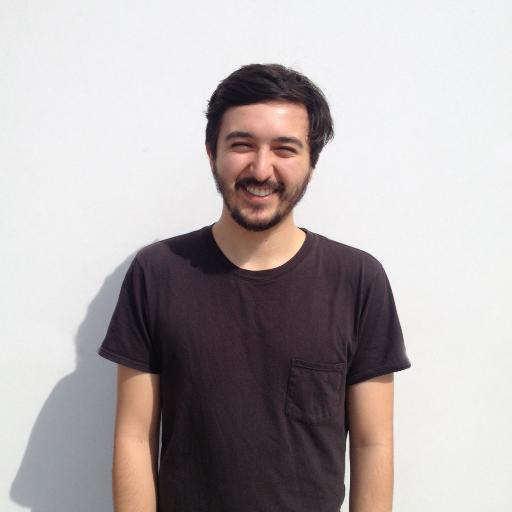 Funny anecdotes that often surprise you with deep insights about how to live a joyful life. I was struck by Feynman’s almost naive way of being honest, curious, and true to himself. The books is a joy to read since the lightness of the comedy balances the more challenging science portions.

They had some plant cells in there, and you could see some little green spots called chloroplasts (they make sugar when light shines on them) circulating around. I looked at them and then looked up: “How do they circulate? What pushes them around?” I asked. Nobody knew. It turned out that it was not understood at that time. So right away I found out something about biology: it was very easy to find a question that was very interesting, and that nobody knew the answer to. In physics you had to go a little deeper before you could find an interesting question that people didn’t know.

I was asked to stop working on the stuff I was doing in my group and go down and take over the IBM group, and I tried to avoid the disease. And, although they had done only three problems in nine months, I had a very good group. The real trouble was that no one had ever told these fellow, anything. The army had selected them from all over the country for a thing called Special Engineer Detachment—clever boys from high school who had engineering ability. They sent them up to Los Alamos. They put them in barracks. And they would tell them nothing. Then they came to work, and what they had to do was work on IBM machines—punching holes, numbers that they didn’t understand. Nobody told them what it was. The thing was going very slowly. I said that the first thing there has to be is that these technical guys know what we’re doing. Oppenheimer went and talked to the security and got special permission so I could give a nice lecture about what we were doing, and they were all excited: “We’re fighting a war! We see what it is!” They knew what the numbers meant. If the pressure came out higher, that meant there was more energy released, and so on and so on. They knew what they were doing. Complete transformation! They began to invent ways of doing it better. They improved the scheme. They worked at night. They didn’t need supervising in the night; they didn’t need anything. They understood everything; they invented several of the programs that we used. So my boys really came through, and all that had to be done was to tell them what it was. As a result, although it took them nine months to do three problems before, we did nine problems in three months, which is nearly ten times as fast.

And Von Neumann gave me an interesting idea: that you don’t have to be responsible for the world that you’re in. So I have developed a very powerful sense of social irresponsibility as a result of Von Neumann’s advice. It’s made me a very happy man ever since. But it was Von Neumann who put the seed in that grew into my active irresponsibility!

Then the son told me what happened. The last time he was there, Bohr said to his son, “Remember the name of that little fellow in the back over there? He’s the only guy who’s not afraid of me, and will say when I’ve got a crazy idea. So next time when we want to discuss ideas, we’re not going to be able to do it with these guys who say everything is yes, yes, Dr. Bohr. Get that guy and we’ll talk with him first.” I was always dumb in that way. I never knew who I was talking to. I was always worried about the physics. If the idea looked lousy, I said it looked lousy. If it looked good, I said it looked good. Simple proposition. I’ve always lived that way. It’s nice, it’s pleasant—if you can do it. I’m lucky in my life that I can do this.

Jerry turned out to be a very good teacher. He told me first to go home and draw anything. So I tried to draw a shoe; then I tried to draw a flower in a pot. It was a mess! The next time we met I showed him my attempts: “Oh, look!” he said. “You see, around in back here, the line of the flower pot doesn’t touch the leaf.” (I had meant the line to come up to the leaf.) “That’s very good. It’s a way of showing depth. That’s very clever of you.” “And the fact that you don’t make all the lines the same thickness (which I didn’t mean to do) is good. A drawing with all the lines the same thickness is dull.” It continued like that: Everything that I thought was a mistake, he used to teach me something in a positive way. He never said it was wrong; he never put me down. So I kept on trying, and I gradually got a little bit better, but I was never satisfied.

Then I had another thought: Physics disgusts me a little bit now, but I used to enjoy doing physics. Why did I enjoy it? I used to play with it. I used to do whatever I felt like doing—it didn’t have to do with whether it was important for the development of nuclear physics, but whether it was interesting and amusing for me to play with. When I was in high school, I’d see water running out of a faucet growing narrower, and wonder if I could figure out what determines that curve. I found it was rather easy to do. I didn’t have to do it; it wasn’t important for the future of science; somebody else had already done it. That didn’t make any difference: I’d invent things and play with things for my own entertainment. So I got this new attitude. Now that I am burned out and I’ll never accomplish anything, I’ve got this nice position at the university teaching classes which I rather enjoy, and just like I read the Arabian Nights for pleasure, I’m going to play with physics, whenever I want to, without worrying about any importance whatsoever. Within a week I was in the cafeteria and some guy, fooling around, throws a plate in the air. As the plate went up in the air I saw it wobble, and I noticed the red medallion of Cornell on the plate going around. It was pretty obvious to me that the medallion went around faster than the wobbling. I had nothing to do, so I start to figure out the motion of the rotating plate. I discover that when the angle is very slight, the medallion rotates twice as fast as the wobble rate—two to one. It came out of a complicated equation! Then I thought, “Is there some way I can see in a more fundamental way, by looking at the forces or the dynamics, why it’s two to one?” I don’t remember how I did it, but I ultimately worked out what the motion of the mass particles is, and how all the accelerations balance to make it come out two to one. I still remember going to Hans Bethe and saying, “Hey, Hans! I noticed something interesting. Here the plate goes around so, and the reason it’s two to one is…” and I showed him the accelerations. He says, “Feynman, that’s pretty interesting, but what’s the importance of it? Why are you doing it?” “Hah!” I say. “There’s no importance whatsoever. I’m just doing it for the fun of it.” His reaction didn’t discourage me; I had made up my mind I was going to enjoy physics and do whatever I liked. I went on to work out equations of wobbles. Then I thought about how electron orbits start to move in relativity. Then there’s the Dirac Equation in electrodynamics. And then quantum electrodynamics. And before I knew it (it was a very short time) I was “playing”—working, really—with the same old problem that I loved so much, that I had stopped working on when I went to Los Alamos: my thesis-type problems; all those old-fashioned, wonderful things. It was effortless. It was easy to play with these things. It was like uncorking a bottle: Everything flowed out effortlessly. I almost tried to resist it! There was no importance to what I was doing, but ultimately there was. The diagrams and the whole business that I got the Nobel Prize for came from that piddling around with the wobbling plate.